The Full Biography and Net Worth of Jeff Bezos

Jeff Bezos, Amazon founder, and CEO is currently the richest man in the world. An American entrepreneur and investor who took the top spot from Microsoft co-founder Bill Gates.

Related: The Biography and Net Worth of Kim Kardashian

Jeff Bezos hasn’t always been a billionaire titan and didn’t set out to be CEO of an e-commerce juggernaut that he is today but being an idealist and visionary said “I didn’t think I’d regret trying and failing. And I suspected I would always be haunted by a decision to not try at all”.

Jeff Bezos was born on January 12, 1964, and originally known as Jeffery Preston Jorgensen. His parents Ted Jorgensen and Jacklyn Gise Bezos got divorced when he was 17 months. His mother remarried to Mike Bezos who gave Jeff his surname.

The Tech visionary attended River Oaks Elementary School in Houston, later moved to Miami Palmetto Senior High School and graduated from Princeton University where he obtained his bachelor’s degree in 1986.

Upon graduation, he started working with Taiwanese mobile phone company FITEL, subsequently worked for bankers trust, went on to work with the founder of CNET Halsey Minor to launch a news-by-fax-service company though the venture failed.

He later became the youngest senior vice president at a hedge fund called D.E Shaw. It was with D.E Shaw that he came up with the idea of a digital book that formed the foundation for the rest of his career.

Bezos got married in 1992 to Mckenzie Bezos, they had three boys and adopted their daughter in China. He announced his divorce on January 9, 2019.

In 1994, Jeff Bezos launched the company Amazon for the sole purpose of selling books online but being mainly focused on long term thinking and customer service, he diversified and welcomed the idea of selling other products after many consultations from his customers. In 1998, he expanded the site to offer music videos and other consumer goods.

Currently, Amazon is the world’s largest trading center and sells different products which are mostly offered by external suppliers who depend on Amazon data management services. In 2007, Amazon introduced an electronic book reader (The Kindle) which is the company’s best-sold product.

Jeff Bezos literally has a lot of ideas that span a broad range of investments, starting from real estate to the retrieval of rocket ship engines from the ocean floor. He has substantial holdings in real estate both on the east and west coast.

Jeff Bezos acquired $2 million dollar homes in Beverly Hills. He has a property in Washington Post and a 10,000 square foot apartment in the Century Tower in Manhattan. His 165,000 acre Corn Ranch in Texas was bought as a base for his aerospace company Blue Origin.

He also invested about $112 million and $35 million respectively in the travel sector. He also financed Airbnb and transportation service Uber. He also provided cloud computing services. he invested in Glassybaby which makes glass-blown holders for votive candles. Finally, his notable investment successes are Workday, Inc., which provides human resource services on the cloud.

In 2017, it successfully landed dummy passengers and extended its human space travel start date. The company also announced the launch of Blue Moon which would be able to put Americans on the moon. And capable of delivering multiple metric tons of payloads to the lunar surface.

The company also announced to launch a club for the future that aims at bringing together educators and leaders to inspire and engage the next generation of dreamers and space entrepreneurs. This club, made its first mission into space to send a postcard and back on the future New Shepard mission.

Currently, Jeff Bezos is worth about $116 billion dollars

The Secret to Being an Entrepreneur is not Mentioning it

The Biography And Net worth Of Jay Z: Here Are Things You Didn’t Know About Jay Z

END_OF_DOCUMENT_TOKEN_TO_BE_REPLACED

5 Things Successful Entrepreneurs In Nigeria Do Daily To Improve Themselves

5 Things Successful Entrepreneurs in Nigeria Do Daily To Improve Themselves 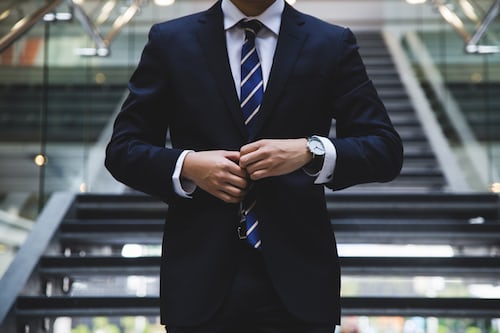 If you must succeed, there are things you must do daily to ensure you improve yourself. While it is true that success can come to people by accident, we have to understand that it is usually very difficult for that to happen. We will buttress this point by sharing what successful entrepreneurs do daily to improve themselves and set themselves up for huge success.

The implication of the knowledge that success does not come by accident is that you have to realize that it takes daily actions and achievement of certain goals to make success come your way. You may even fail once in a while.

It will be pointless to share various successful people who started from positions of failure to become very successful because they are just too many. They mastered what successful entrepreneurs do daily to improve themselves.

Like I said earlier, you must understand that true success only comes to those who dedicate themselves towards the attainment of success.

Look at the hustle in Nigeria. Tell yourself the truth. Do you think that the government gives a damn about you? Let us even assume you get a job and you are working between 8-5, do you think you will make anything out of your life if you don’t have a strategic plan? Trust me, you won’t.

So, you must as a matter of necessity borrow from successful people. You must look at what successful entrepreneurs do daily so as to improve yourself. Striving for self-improvement is a noble ideal.

Without much ado, we will go straight to the issue at hand. Let us look at how we learn from what successful entrepreneurs do daily to improve themselves.

The Things Successful Entrepreneurs do Daily to Improve Themselves

You know what is said about proper planning right? If I remember correctly, it prevents poor performance. Successful people have mastered the art of planning. Most things don’t come to them as surprises anymore. They are always anticipated long before it happens.

Before the dawn of the day, they have already concluded on what their course of action will be for that day. It is that simple.

If you want to join this elite class of successful people, you must kill the impromptu spirit. You must learn how to plan. Decide today what you will do tomorrow. Of course, flexibility will come in when necessary but you must bear in mind that it is not very funny to leave your life to chance.

How will you succeed if you don’t follow the progress you are recording. That is why one of the things successful entrepreneurs do daily is to monitor what they have been doing. That tells them where they have to improve and how to become better.

Now, if you do this daily, you did also find out if your business is undergoing a downward slope and you will fix it. Things are easier fixed when it is noticed on time. Errors will be noticed when you check every day for them.

Any blessed day that passes without you learning something new is a wasted day or better put, a stagnant day. You need to realize that the world is moving in continuous trajection irrespective of the way it is going.

Therefore, you must learn to understand new things on a daily basis as that is what successful people do so that you can always be in control of the world’s trend. You will be moving ahead of events and you will be fully planned for happenstances.

You can kickstart your learning journey on Motute, there are 100s of great courses you can get started with.

If you are not physically and mentally healthy, you will find it extremely difficult to handle some difficult scenarios. Remember that health is wealth. Just bear that in mind. So, if you spend all the time hustling and working, you will find out that it will come back to bite you in the near future.

Everything may seem about the money now but trust me; it is not always like that. When you have become successful and there is no health, you will understand.

We advise you to follow the trends that successful people follow. You must take care of yourself daily by exercising, eating well and regularly checking yourself up in the hospital. This is very important. Also, recharge your soul and spirit by reading important texts.

If you do, then, this piece should reinforce your knowledge and push you to do it better. but if you don’t, then you are making a huge mistake. It is time to tell yourself the truth. You are missing.

Family is probably the only people that will stay with you through thick and thin. You need to stay loyal to them.

Now you know what successful entrepreneurs do daily to improve themselves, what are you going to do? I hope for your case that you do the right thing. It is very important. Just try them out and come back and share your testimony. Over and out.

5 successful entrepreneurs of Ukraine up to 25 years old

END_OF_DOCUMENT_TOKEN_TO_BE_REPLACED

Blockchain Technology Explained: What Is Blockchain?

How To Buy Ethereum In Nigeria: Step-By-Step Guide